The saga began Wednesday morning in March 9. Hours of screaming. Calling for the ambulance. Emergency room admission. Morphine drip for the pain. CT scan. Calls to calm his hysterical mother. Five-hour surgery I’d been told would just be a couple of hours. Surgical ICU for a week. Steve was put in an induced coma so all of his strength would go to healing. I sat in the alcove in his room and watched him for days; swaddled in white linen with tubes coming in and out of every part of him.

On Friday afternoon, our gastro doctor told me to go home and get some rest. His exact words were “Steve is circling the drain.” What? “He’s gonna have to fight to pull through the weekend. If he does, we’re in the clear. And you’re going to need your strength.” I couldn’t breathe. It was like I was punched in the gut. All the air was knocked out of me. I must have gone straight into a state of denial because “I knew” that Steve would pull through. I wouldn’t have it any other way.  I’d spend my days sitting beside him as long as needed to secure his complete recovery.

When he was rushed to the hospital, the doctors thought it was acute appendicitis. I told them he’d been self-medicating for diverticulitis for a week and the surgeon discovered it was peritonitis from his CT scan.

I’d sit and knit in his room from 10:00 a.m. until I left about twelve hours later. The nurses loved me. We’d bonded and I was a great help to them. Steve’s bed was right in front of the nurse’s station and the room had a little alcove I could hide in after visiting hours were over. No one ever kicked me out. 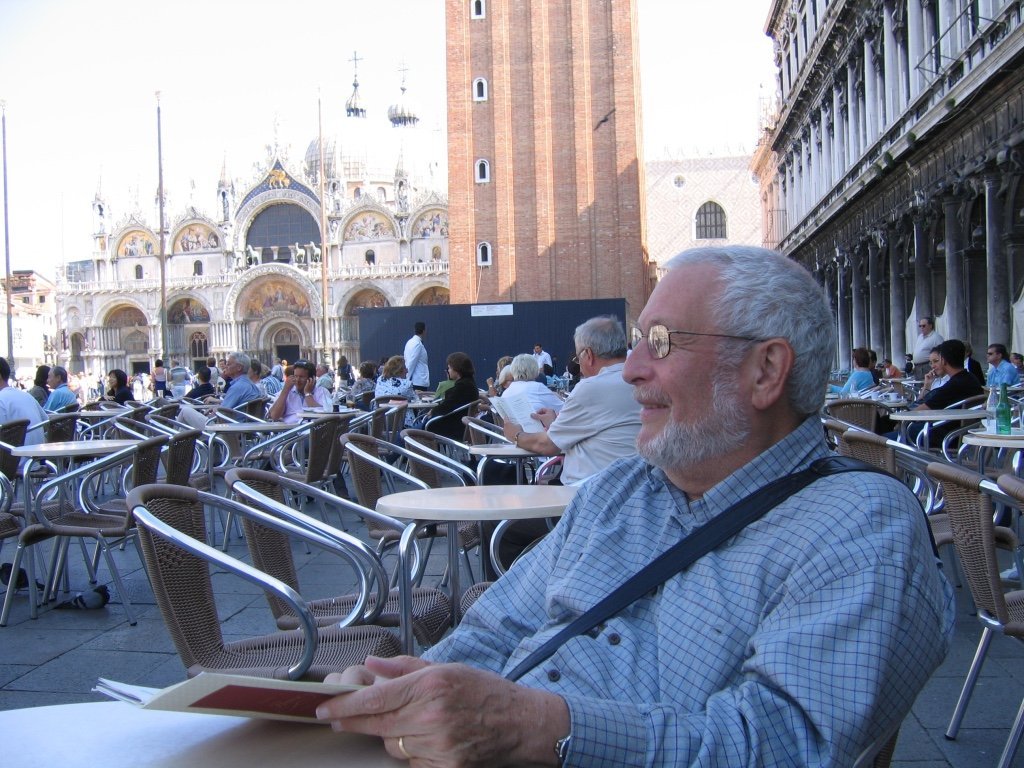 On Friday morning when our internist was doing his rounds, I was already at the hospital. He needed to speak with me. The CT scan the surgeon had taken on Wednesday was shot a little high and shown cancer in the middle lobe of his right lung. After I caught my breath I conveniently “forgot” this until Steve had recovered from his surgery, was home healing and we began making visits to all of his physicians. 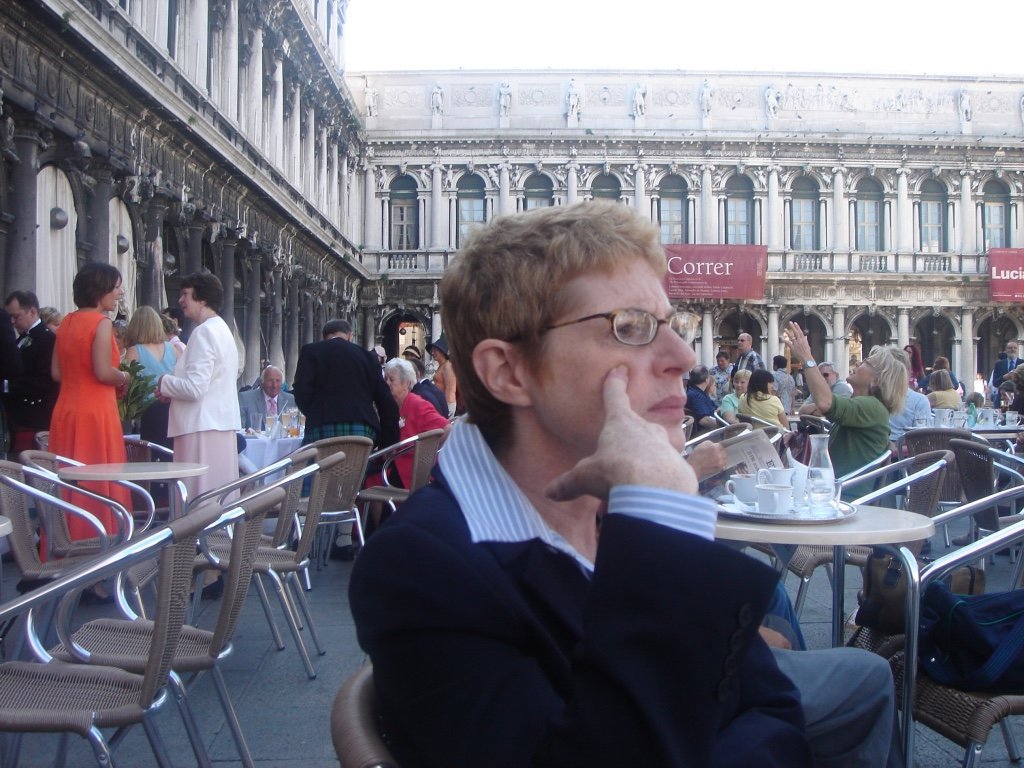 But this time, he told us that a cancerous growth had been found on the middle lobe of his right lung and that he needed to find a surgeon and oncologist as soon as possible. Now that the wounds were healing from his surgery, it was time to address the cancer.

It was time to address the cancer

A big part of caregiving for me was having the ability to go with whatever was thrown at me. The 12 Step program’s Serenity Prayer—“God grant me the serenity to accept the things I cannot change, courage to change the things I can and the wisdom to know the difference,” saw me through.  It was that simple; that cut and dried. With whatever “Higher Power” I believed in, the prayer made perfect sense. It made it possible for me to go with the flow. To do all I could do to affect change acknowledging there were some things beyond my control.

Some things are beyond our control

That was the key. I didn’t relinquish control, I just needed to recognize when things were beyond me. All I could do was my best and then let go.

The word “cancer” rang out as a “death sentence, “ but I went to work finding the best oncologists and surgeons I could. We spent about two weeks interviewing leaders in the field in New York City and made our choice. We learned that if the middle lobe of his right lung was removed that Steve would be fine—for a while—but that this cancer would return and ultimately kill him. We heard that from eight different specialists.

All I could do was my best and then let go

Being told you’re going to die from cancer—eventually—doesn’t mean you just sit back and wait for it to take you. First there were scans every three months, then every six months and once we’d gone a year and a half cancer free, we got a little cocky. I was still doing research on new protocols, but with every visit to the oncologist we’d be told why “That’s not an option for Steve.” That didn’t stop me from looking for the best care available. After Steve’s second six-month scan, the cancer was back.

This, of course, did not make us happy, but we kept on plugging doing all we could to extend Steve’s life. Surgery in Boston (where his original surgeon had relocated), chemo and radiation in New York. It was his life but I was the one who was going to be left. From the time of diagnosis I knew that this day would come and other days like it, when we’d be told this or that protocol wasn’t working any more and the cancer was spreading.

In September of 2010 he started pinpoint radiation therapy. The cancer had spread to his spine. After this, there was a new chemo regimen. The one major blessing in all of this is Steve never looked sick. He never lost too much weight. He never lost his hair. His complexion was always ruddy so he never looked pale or sickly. For all the world, he looked like a healthy man and was treated as such. 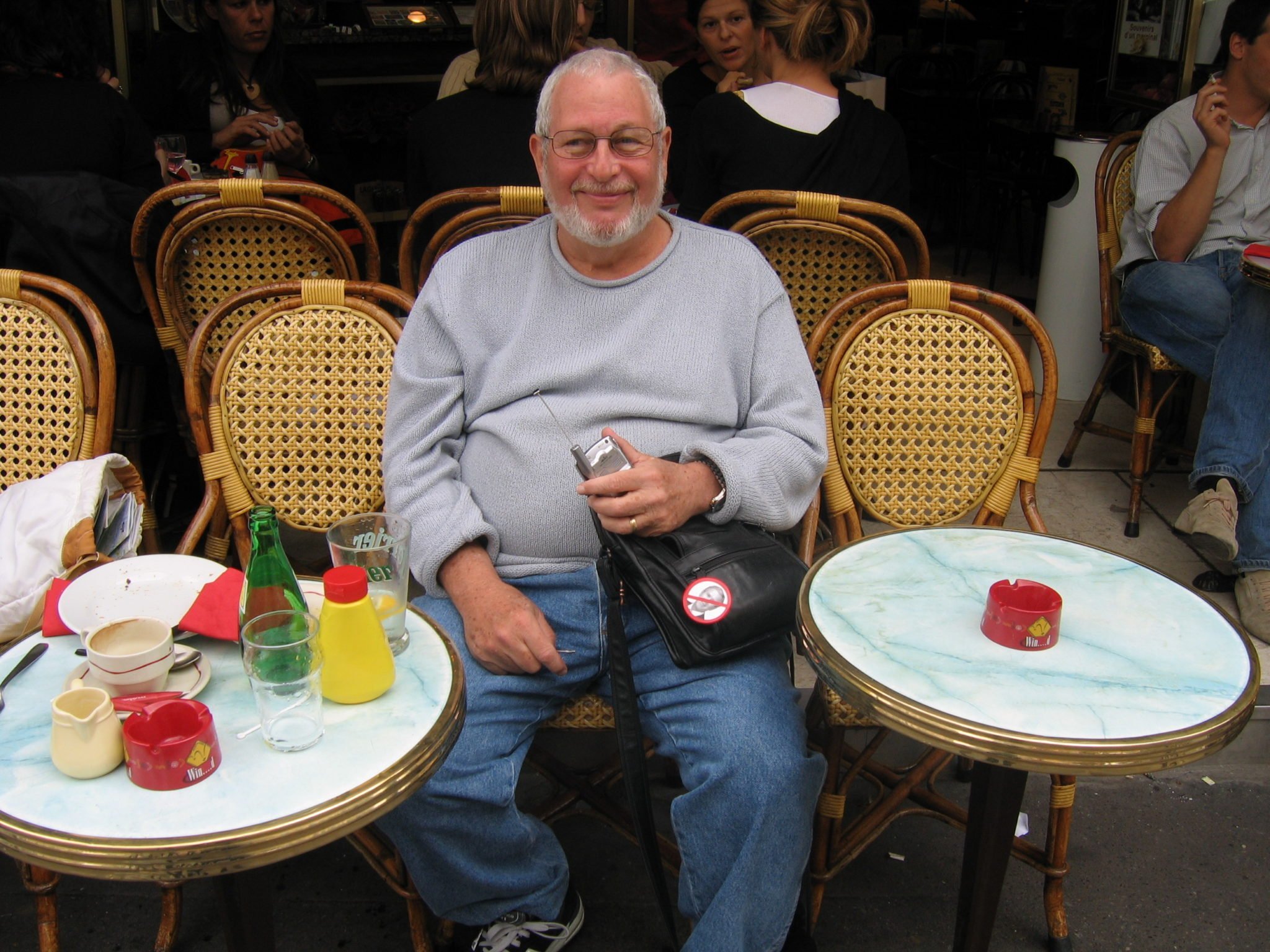 Steve did a weekly TV call-in show for 35 years and he had many regular callers. Because he looked so well, not one of them knew he was ill. For one hour every week, he could feel free of the disease. He could be “the old Steve.” He did his show until two weeks before he died. It was his best therapy.

For one hour a week his life was normal, cancer-free

Waiting for chemo sometimes took hours. We’d have to go through the motions and have Steve’s vitals taken and then sit until someone could see us. When his doctor saw him, Steve asked “How long do I have?” and when the doctor told him “Maybe three months” I didn’t believe him. I lived with this man. I knew whatever was going on, Steve had weeks left to live, at best. While he took his treatment, I slipped away and found a P.A. who knew me. I confronted her. “Tell me the truth. I don’t think he has months to live. I’m his wife. I’m the one who will be left. How can I prepare for what I know is coming if I don’t know the truth? I need to know. I won’t tell him.” She turned to me and said “No more than a month. Maybe less.” At last. The truth, though ugly and sad, was something to hold on to.

The truth, though sad, was something to hold onto

About a week later, the oncologist told us “The cancer has gone to your spine. There is nothing more we can do for you except make sure you’re not in pain.” I’d heard those words before right before my father died. “We’ll make sure he’s comfortable” was another familiar comment. We left the doctor’s office, went home and cried together. We’d both done all we could and both given it our all. The fact that we had gotten to a place in our relationship where there was no blame being assigned, much appreciation and open expressions of love. I was going to have to live with the remnants of terminal cancer, but I could live with myself.

All my work and efforts on his behalf had just been part of the natural order. Steve let me know how much more capable I was than he had ever realized. He let me know that the thing he felt worst about was leaving me alone. There was so much left to be shared. He was about to turn seventy. About to begin to take it easy and travel to all the places we’d dreamed about.

Caregiving taught me how capable I am

Of course the idea of what my new life would be like had crossed my mind. I felt no guilt thinking about the future without him. After all I’d done everything within my power to keep him alive and we both accepted there would be life for me after Steve. But I was grateful; grateful that he’d never really looked ill; grateful he’d had it easy compared to some other cancer patients we knew; grateful he wasn’t in pain. But when the dementia took hold, I knew it was a matter of weeks or even days. I hated the thought of living like this for too long.

My Steve only made brief appearances now and then. From midnight ‘til dawn I lived with a paranoid maniac. He slept during the day—pain meds exhausted him, as had his episodes of dementia the night before. Of course he didn’t know what was going on, which made it all the more painful for me. This brilliant man was seeing spacecraft outside out bedroom window; or Vietnamese women with cats padding about the front of our apartment, stealing things. Days later he was hospitalized and ten days after that he died.

I did my best and had zero regrets

I’d learned to “play it as it lays.” It was the only way for me to cope. I’d done my very, very best and had zero regrets. Steve’d given me permission to live a good life after he passed. He’d told me who I couldn’t date. He’d told me to ask for help when I needed it. If he couldn’t be there, he wanted me to feel taken care of nevertheless. I’ve followed his instructions. I have a life. I try to give back. I have a mission. I have wonderful memories; but I have a future too. Steve wouldn’t have wanted me to waste it.

She said she had something to tell me but that she was afraid. I reached for her trembling hand, telling her sweetly, naïvely, that it would be...

A Brief Guide to Consenting with a Nonverbal Partner

Consent is extremely important and vital to all aspects of dating, relationships, sex and just about any kind of interpersonal interaction. Whether...

Scarleteen has a fantastic collection of articles on sex and disability. While I typically only share resources about care work or directed to the...