Americans have a very particular understanding of history. So many history books are catalogs of military actions. Cultural histories focus on the market economy and the lives of famous.

Which is perhaps why we have so little understanding of what the lives of our great-grandparents, or even our grandparents, were really like.

Reports on the ‘caregiving crisis’ frequently cite increased life expectancy as if it’s self evident that a longer life span would lead to greater infirmity and for the support the infirm require to necessarily be provided as unpaid labor by their family and friends. Which still doesn’t seem self evident to me, no matter how many times I’ve heard it.

When I bought my one-bedroom apartment in Ditmas Park, Brooklyn, I enthusiastically dug through the newspaper archives to find information about my 1930s building. I was shocked that most of the mentions were ads for live-in domestic help — Irish, Italian, and Jewish families hiring servants to look after entire families. It was a nice neighborhood, sure, but it had always been quite literally on the wrong side of the tracks. It was where you moved when you could afford to leave the tenements of Manhattan (or, in 2013, when you couldn’t afford to live in them!). While my apartment felt spacious for New York, I wasn’t sure where they would put a live-in servant if there was already a family with children living in a one-bedroom apartment. 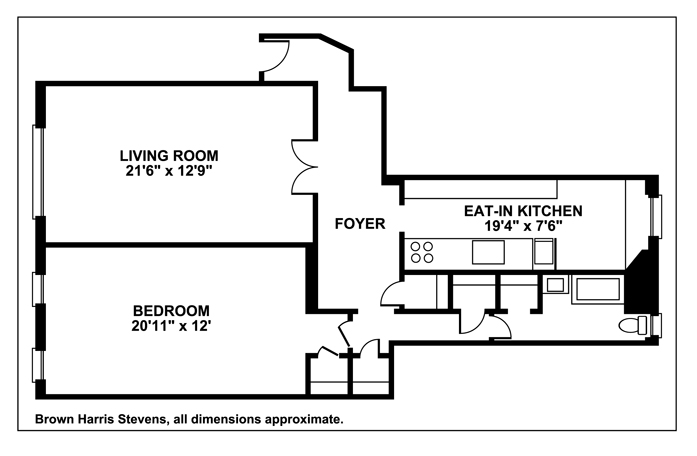 Few reports on the caregiving crisis mention how household servants were ubiquitous among middle-class families up until only shortly before white women entered the workforce en masse. Books set in the 1940s and even the early 1960s mention servant girls, maids, housekeepers, nannies, and other domestic staff as part of the fabric of everyday life.

For the bulk of American history, many more households had servants than today, be they free persons, indentured, or slaves.

During the depression, many white families found themselves unable to continue to afford live-in domestic help. These household workers were then forced to work for multiple households as needed, in a system of house cleaners we see among middle-class families today. Prior to this, and continuing for decades after, having live-in help was the norm for middle class families.

Discrimination against women of color made hiring full-time domestic help affordable for even lower middle class families. With almost no other opportunities to earn an income, women of color were forced to accept grueling jobs for little pay. Nearly all workers rights laws have a loophole excluding domestic workers from protections.

Even in families where women did not work outside the home, housewives were not necessarily the ones providing hands-on care for disabled family members. This undervalued labor is left out of our history in discussions of household care work.

Now that having a full-time domestic staff is unaffordable for all but the wealthy, caregiving falls on the families themselves.

Featured image: USA c. 1942: Photo of an African American woman in domestic servant uniform kneeling in front of a fireplace in a bedroom, cleaning fireplace tools over newspapers laid on floor. Original caption: A Negro maid.

Written by Cori Carl
As Director, Cori is an active member of the community and regularly creates resources for people providing care.

Every year thousands of children are born with serious yet unexplained health issues. With no diagnosis, they struggle to get medical treatment or...

Who Will Care for ‘Kinless’ Seniors?

When her sister died three years ago, Ms. Ingersoll joined the ranks of older Americans considered “kinless”: without partners or spouses, children...